I made an infographic map of haiku and related forms. Some influenced haiku or were influenced by, some derived from, some share a common ancestor of ancient Chinese court poetry. 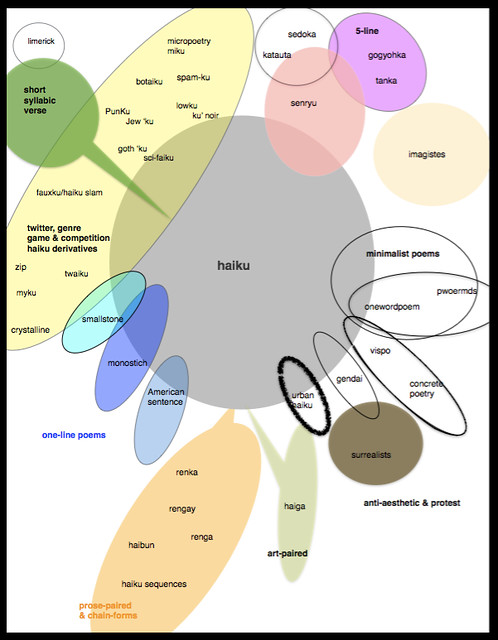 It’s a projection map where haiku is large and central because it is a map of haiku. If tanka were the centre or concrete poetry proportions would be different.