Let’s see, where did I leave off? Or start where I am and work my way back? 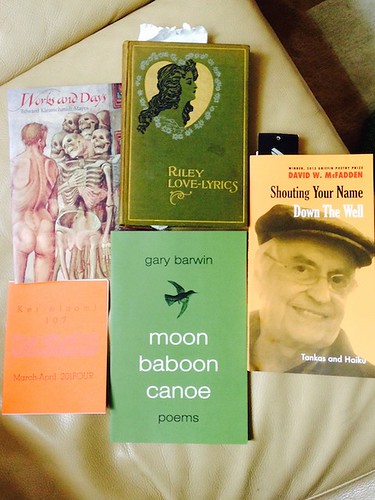 Among the books finished this month.

His poems are fun. Sonnet, for example. Or differently fun, psalm which is the 24th psalm hijacked by the sheep “they led me down garden paths that were not ironic/or filled with worrisome garden gnomes/but lit upon the shed of happiness”. The video of the title poem was up 4 years ago. Here’s a video from Wally in Cobourg of the reading tour for the book so you can see it directly: