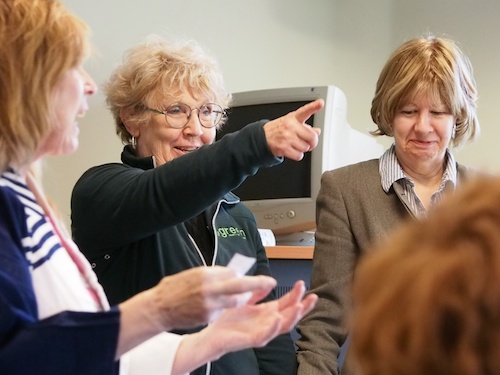 Gradually photos are surfacing from the weekend. Here are 118 of my photos. Anyone who attended who is on Flickr is welcome to add their photos to the Haiku Canada Group. Like you?

Liana Voia uploaded videos of some events and interviews including the launch of a new magazine of Canadian Punjabi haiku named Wah. Amarjit Sathi Tiwana and Dr. Jagdish Kaur were among the organizers.
People came in from all over, Quebec….


A video featuring Nick Avis, in from Newfoundland.
She has shot lots of video of events including central to Quebecois haiku poet, Janick Belleau:

Guy Simser who gave a talk on war poetry:

Stanford M Forrester came up the U.S. It is he who I interviewed on the previous Literary Landscape.

Pamela A. Babusci who runs Moonbathing a U.S. tanka magazine for and by women.

There was even a live radio program/theatre version of Marco Fraticelli’s book Drifting with TA Carter playing the role of Celeste who came in from the WWI-era.

There’s also footage of her at Haiku Canada reading.

And our conference chair, Claudia Radmore!