I have to admit that while I may get to 220 books and chapbooks in the year, it might lodge around the less round and pretty number of 217. In either case I’m somewhere over 25,000 pages read.
I’m not alone in formalizing this to a degree. At the GoodReads’ Reading Challenge 1.7 million people pledged to read nearly 95 million books in 2015. And a fraction did. 28.5 million books were reported as read. No doubt, some kept reading and stopped reporting probably.
(This has been going on since 2011 at GoodReads. Who knew. I mean apart from those millions of people.) It’s not the numbers read but the amount enriched and stretched. I have one more 95books post for the year coming, hopefully this week and early 2016, along with the round up of CWILA-styled numbers of what books were chosen. 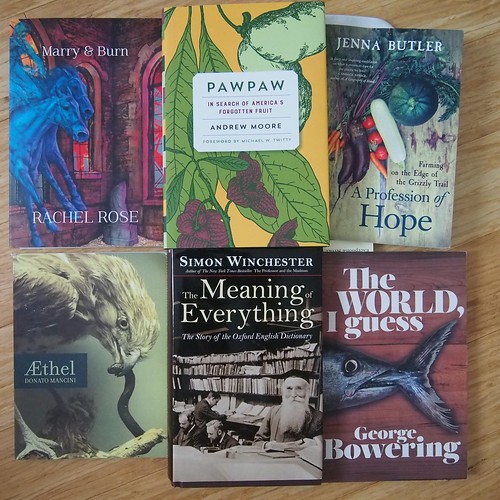 Half of them are done but I don’t know when I’ll finish all these beauties. Rachel Rose I’d love to have on the Literary Landscape show. Such an ideal mixture of content, intensity, play, reach and technical skill of forms. An actual trad ghazal that works powerfully. Jenna Butler’s I want to recommend to half a dozen people in particular, and (sshh don’t tell mom) be a birthday present. Bowering’s book got lost in the Great Cat on Desk Adventure and slipped. 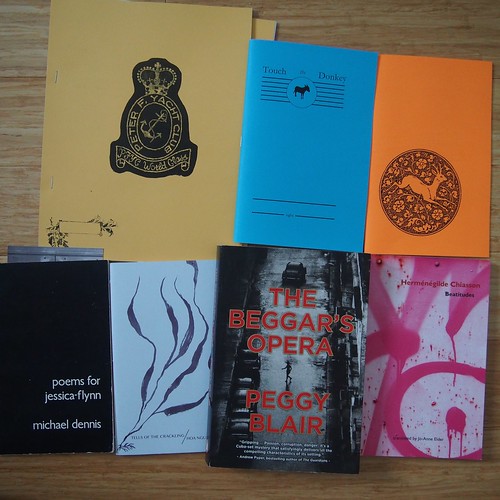 Some other desk tumblers on the bottom row, and on the top, newly in last night. Beatitudes was for Christmas. It never comes up used. And since the launch reading at Writers Fest, I haven’t stopped wanting it. I was a few pages into my own version before I went to a reading and learned Chiasson already was doing it and finished it. 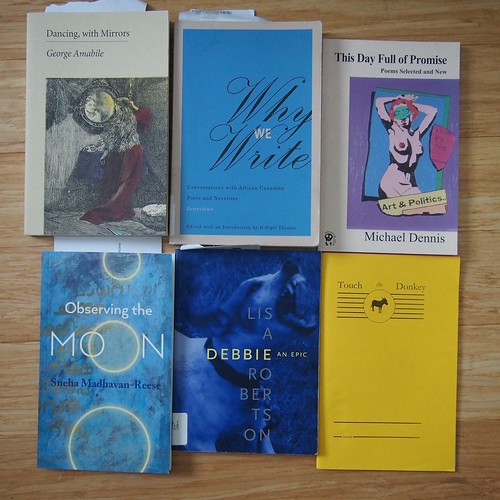 Because I pivot about among many, I’ve been reading some of these for a month or more before The Season hit. Debbie: an Epic is a wonder of typography. All the dynamic energy of a zippy zine but with more control and momentum and precision. 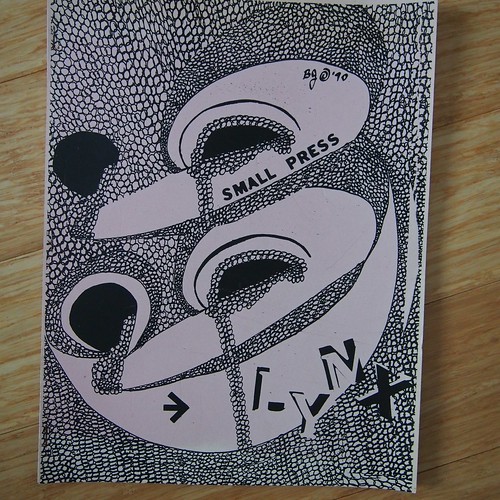 I also got a whack of Unfinished Monument Press chapbooks, including this anthology of small press from the 80s.
I think I’ll binge sometime in January or so and do a post on all those. (Incidentally the press takes its name from a tombstone in Necropolis Cemetery where many luminaries lay.)
And just as I finish the list, one more treat comes in the mail. You’ll probably know about that eventually.