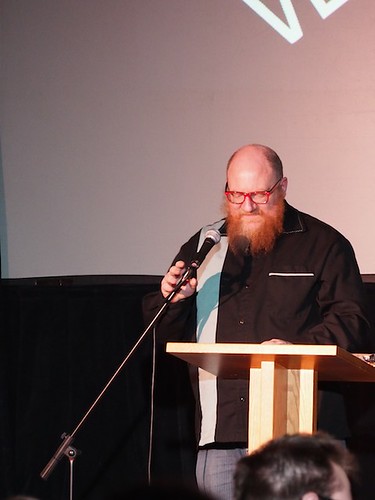 Rusty welcomed a full house to the Versefest Hall of Honour on March 30th. Each year the idea is to give appreciation to someone who builds up Ottawa’s poetry community by sustained efforts. Day 6 of Versefest involved conferring thanks to 2 people in the community who have spent years making the community with their time. 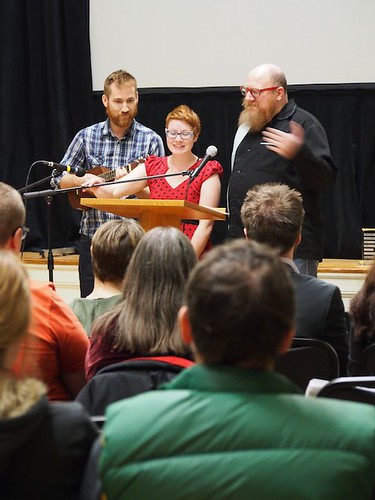 Danielle chose to perform with her old crew of Rusty and Kevin for a song poem. And to add a new ending to a poem that may be familiar to some of you, the one of first true love of kids on the ski lift. Here’s an Ottawa Focus interview from a few years ago and an Open Book Ontario overview. 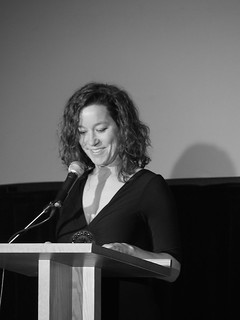 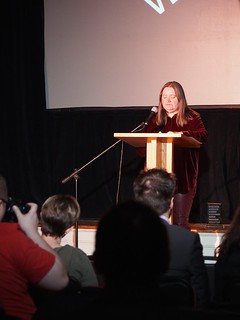 Sandra Ridley gave the impressive list of all the work Amanda Earl has put into the Ottawa community. When you see her at one place, you can forget she is doing so many parallel projects to bring creative people together. Amanda shared one of her poem series.

As many of you saw at the time, by being there or seeing on twitter, as Amanda left the stage, in her wake was a hooting stamping, whistling instant standing ovation. 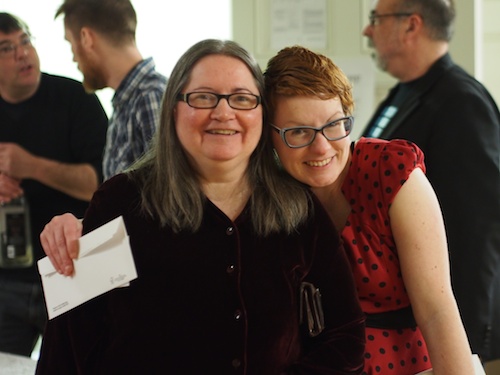 After the ceremony, together: Amanda Earl with all her creative manifestations of poetry, curating, and calendaring with Bywords.ca, BQJ, AngelHouse, DevilHouse, Experiment-O, NationalPoetryMonth.ca was thanked as was Danielle KL Gregoire who started various slam series and has moved on to curating and starting up stand up comedy in the U.S.
Ottawa’s luckier for having both of you.