Railroad is a new pop-up reading series around town run by Rona Shaffran and Rod Pederson. It happens irregularly when there are speakers and a venue. On April 16th it was a special Signature Editions spring launch. It was a full to standing room only house. 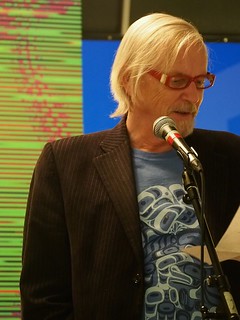 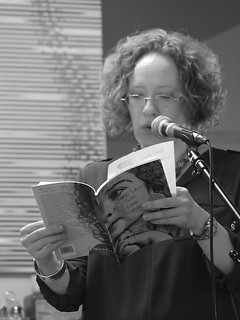 Rod Pederson gave some intros. There was a warm up reading by Rhonda Douglas from her Some Days I Think I Know Things.
Cora Siré’s Signs of Subversive Innocents and Montreal, Steven Artelle’s Metropantheon and Rona Shaffron’s Ignite of Ottawa were the spring books. (We arrived late so missed Rona.) 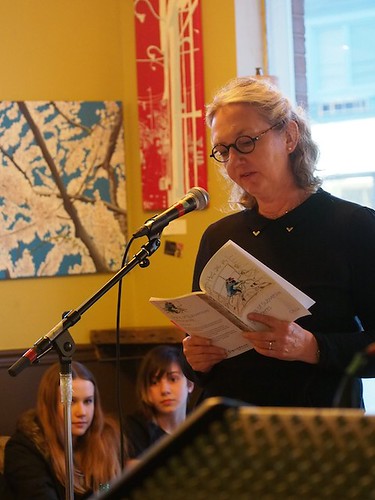 Cora Siré read poems from her travels, including around Montreal. She related how she admitted to a local cyclist and painter that she wrote a poem about him. He responded with an illustration that went in the book.
She wrote of Timmy regulars who she called flaneaurs and pointed out the irony of them spending all day on their stools while outside a sign reads, no loitering. She wrote of the 30,000 missing people of whom we don’t speak but the silence around them are like a congenital infection. 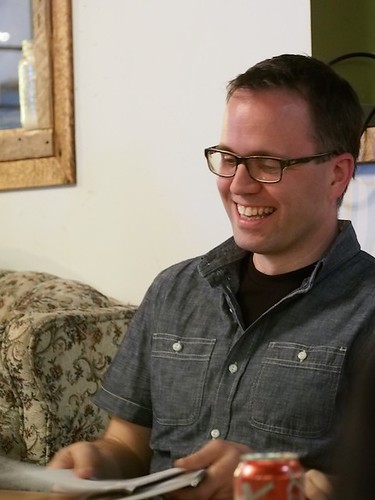 Steve Artelle’s new book is wonderful ride. Partly I have read it before and so have you if you read that excerpt from his Chinatown chapbook. But there’s more in the book than that delight too. There is the sensation of that folks, is how you write poetry. Not just story, or language but that extra percent that adds density and leap. I find it captivating. He seems at ease at the mic and moving among the material which makes a pantheon of strange gods to walk among familiar concrete places. 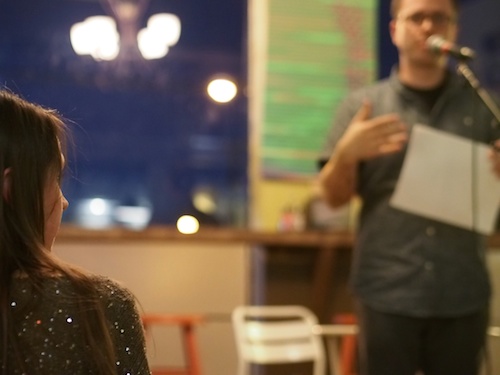 As he read, perhaps, Terminal City Rollergirls or graffitichild builds the church of sleep p. 57 with its unpredictible rollick of sound and sense. If one is to use adjectives, this is how:

Egad what a roll. Poems that held my attention without a nit or dropped stitch. 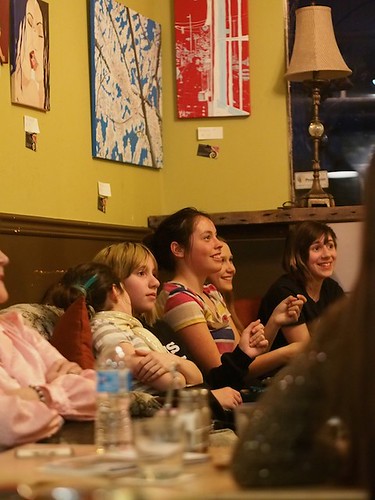 Here’s some of his cheering crew. 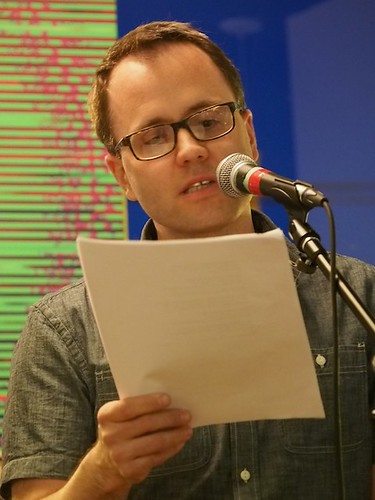 Umbrella hag
no shelter, love
she’ll never have on
and neither will you
they’re too much like lovers
folding backwards before the least wind
so empty underneath
though the weather never comes from one direction
they’re sadder than the rain
so she’ll break every one, love
no one misses umbrellas
when they’re gone 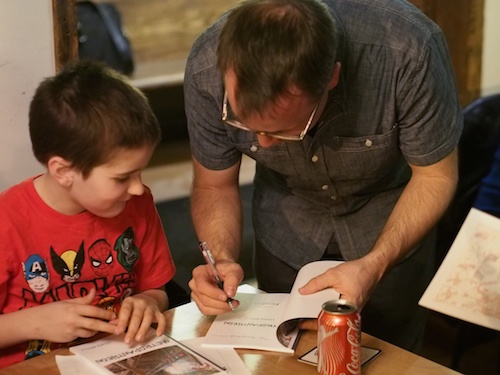 Signing books in the line.