Yesterday’s Sneha & I were onClick Here with Mitchell Caplan. You can listen at that link. 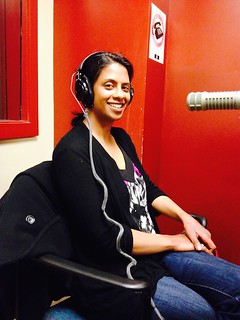 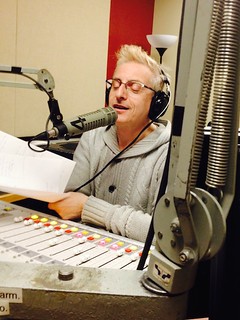 Did you see Michael Jacobson’s asemic piece at NationalPoetryMonth.ca? Here’s a whole gallery of asemic writing The New Post-literate
“I publish a piece in order to kill it, so that I won’t have to fool around with it any longer.” —William Gass at the Paris Review
I’m a little slow off the blocks. Three poems by Joseph Massey have been there for weeks including, “breathe the frequencies/that knot the air, another//animal baffled / to be an animal.” The Account Magazine.
Most of you must have seen this already but it bears repeating: rob mclennan has won the mid-career artist award.
Jennifer Dick was nice enough to bring me into the conversation regarding the fragments vs. the whole.
The VIDA Count makes the news at NPR
Beha of Harper’s magazine says,

Beha says other changes are needed too. He contends men and women approach the magazine differently with ideas and that may also affect the numbers.
“Speaking broadly, of course, a male writer comes to you with an idea and you say ‘This isn’t quite right for us, try us again.’ If I say that ‘try us again’ in the email, I may get a response the next day with three new ideas,” Beha says. “And there is a tendency, I think, among female writers to emphasize the ‘this isn’t right for us’ part, rather than the ‘try us again’ part.”

Elise Cowen as one of the beat poets. Her family destroyed all the poetry they could find upon her death but Tony Trigilio has gathered up collected poems and notebooks in Poems and Fragments.
A new Anne Le Dressay poem “Solitary people of a certain age / are afraid their stories will die with them.” at Chaudiere Books
It’s true, my little press that could, phafours, will be graced with some beautiful little poems by Stuart Ross to come out sometime this spring/summer.
Did I already point to the Nelson Ball interview at Open Book? In it he says, “find a core that works. Sometimes a poem that isn’t working can become two or three separate poems.” Hamilton Arts & Letters also has put out a chapbook of his, A Rattle of Spring Frogs.
Poems in transit can be as good as this Jim Moore piece.
New Haiku Anthology of North Carolina is pretty art object. Learning to See the Truth as a title might put people off but the contents and package look promising.
This was from last year but is timeless. Ariel Gordon’s 3 part guide on how to launch your book: 1, where all, < a href="http://janedayreader.blogspot.ca/2013/07/how-to-launch-your-book-part-two.html">two, whatnot: invite who, 3 set list, social & signatures.
Ouliposts best picks from the first half of the month
Not from poetry but going well towards it is Seth Godin’s meditation on The bottomless pit of pleasing strangers. In it he says, For some people, some of the time, the only response is, “it’s not for you.”.
Rattle Magazine tweeted on Apr 18, “It’s so weird that anyone thinks an editor would turn down a good poem just because there’s a typo in it. How petty would you have to be?” and yet the idea of intelligence conflated with spelling and standard punctuation use is rampant. If one part of the apple is rotten, it all must be seems to be the law. Which misses good things and stymies those with dyslexia. The point of a poem is not to be a spelling bee.
Sigh. Quill & Quire has reorganized its site, put most things behind a pay wall and removed the sidebar of Quill & Quire Flickr photos so you can’t see Ottawa Lit represented there anymore. Or any of the launch photos around the country.